When your Google Free Illusions Get Washed Away

So for the longest time I’ve aspired to be #GoogleFree. Avoiding to use the Spying giants products, so that I can stay off their grid. It was a matter of principle, Google and I are the “mortal enemies”. It only made sense to keep fighting that fight, if for nothing else, than out of a principle. Against a company that tries to behave like it is setting the rules of the internet. A principle that you don’t want to be subjugated to someone who I deem lesser than the rest of us. 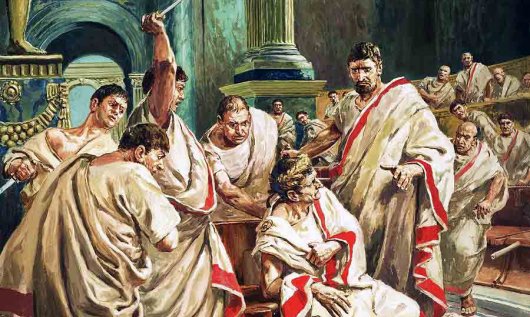 Today I think I temporarily gave up on being Google Free, as another company, whom I’ve considered being my ally in enablement of living Google free, recently went all in on Google Cloud. I am talking about Apple, whose services I rely on in my day to day life. Just like that, without asking me any questions, they’ve migrated their servers to Google cloud, shattering my illusions that I am fundamentally running away from Google. Only to realize that I am in the same pile of shit. Feel seriously betrayed, as only servers on which I didn’t want my data to reside on, are Google’s servers.

Being cozy with paying overpriced product, thinking that they will have enough money (they do), to create a product that will be independent of reliance on other companies. I was deeply mistaken. It all started going down hill with the new CEO Mr. Tim Cook, that is vile and despicable, in the worst possible way.

And now my Google crusade crashed. Going “Google Free”, not using Chrome, not using Gmail, it’s all for nothing. I feel as if I failed for trusting this company, but I’ve done it out of the convenience. And now to think about the future of my own computing, I feel like my youthful idealism being shattered, I don’t have the energy, or the drive to fight the old habits.

At this point I will just stop being delusional that I can run away from Google, it’s analytics that is attached in virtually every website on the internet, it’s gmail, and numerous other products that you don’t even know about it.

It is depressing to know that they literally own you, while not innovating, nor building anything to deserve it. Their search engine results are terrible as well, and we are virtually operating our existence in its shadow, paying the dues every step of the way.

So What Should be our collective next step?

Luckily I’ve been pondering about this thought process a couple of weeks ago, and I came to conclusion, that while you are living in this grid, it will be almost impossible for us to regain our digital sovereignty, to regain control over our very own destinies. But just because we can’t right away, that we should give up on this concept altogether.

But pay attention here, I’ve said almost impossible, and not completely impossible. And all the good fights, are the fights worth fighting. Our first step is to recognize that we are being played with, that we’ve been pushed into this Matrix of trashy technology, and we can get out of it. Not only can we get out of it, we can also move into something better.

For the longest time I’ve been thinking about this concept of digital renaissance, where I believed that technology would empower us humans to start a new golden age, in which we will create a better future, and a more just world. And while it Renaissance still didn’t start, it’s just about to. It’s a matter of the collective human spirit, and we’re moving towards that point.

I assumed because we have all these technological advancements, that we would be able to resolve all the worlds problems. But you can’t grow in this direction if the house you’re building has foundations on the toxic grounds. And this toxicity has poisoned all the advanced technology, and started using it against us, under the guise of it working for us.

This idea started as I was using my iPhone, thinking how this experience is not where it is supposed to be. The camera on it didn’t feel quite right anymore, and that in an of itself reminded me, that this camera is not the best phone camera it could be. It felt like iPhone X meant settling for less than I should have been getting.

And I felt kinda outraged. This was the most expensive piece of the phone that I could have possibly bought, and I know for a fact that it is not good enough. Not meeting my standards for capturing beauty, even though it was barely 4–5 months old.

At that moment I’ve started thinking all that I could think about the underlaying infrastructure that is sitting behind that phone. It is powered by the AT&T network, any way you put it, it transfers the data to Google in one way or another, it is collecting your location information, sharing it indiscriminately with anyone who is willing to pay for it.

And you are there, watching this addictive piece of technology, that keeps recycled to you every year as a new piece of shit, that’s better than the one from the last year.

And this addiction smartphone addiction, one that I am a slave to has been robbing us blind of the genuine life, and sorting us out like cattle, trying to quantify our feelings, dehumanizing us every step of the way.

It all starts with you, desiring to make something better, and not conform. And as we are living in capitalism, and we are surrounded by abundance of technology, it is our imperative to change the existing reality, by creating a better one. And we will do that by being conscious that we can, and we will do better.

But just because Google is big, and hard to miss, doesn’t mean that my Google Free crusade is about to quietly vanish into the night.

I can say that temporarily my choice of technology won’t change, but my mind produces this echo, in which it yearns for a better piece of technology. It yearns for something that will respect me, and not try to turn me into its slave.

But I will forever be on a lookout, to find an emerging productive community of technology enthusiasts that will create a new ecosystem, one that will seriously outperform the current technocratic establishment. And stay tuned, as I reveal it to you.