Merging your digital and natural brain – The Evernote mindset

Do you feel as if you are getting the most out of Evernote? Me neither. I am living in the notion that I am not getting nearly as much out of it as I could. So I’ve decided to tinker way more with it lately. And I’ve came to some simple and obvious solutions, but they need some slight habit changing in order for you to get the benefit. 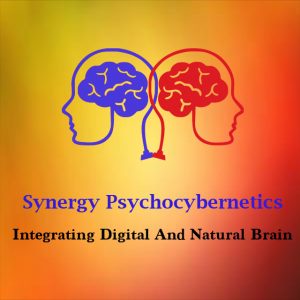 There are two major activities related to Evernote:

Collecting information is the most polished part of Evernote. There are endless ways for you to clip content, record audio, save images. All of it at your disposal, in every browser, on every platform. Wherever you are, Evernote is with you, allowing you to store information that you want to remember forever.

But retrieving information is a bit tricky. Unlike clipping and saving, which is easy, retrieving information is not so intuitive; it’s more of a power user feature. As an Evernote newbie you are most likely exposed to the feeling that you don’t know how to locate your stuff. Therefore, I believe it’s of extreme importance to learn the search operators. They are the powerhouse for easy access to your information.

People often blame Evernote itself for not making these easier, but honestly, that is the nature of the database beast. I am pretty sure that regular people have never worked in the terms of having almost everything in “one” place. As this is the new paradigm, it requires some habit building.

Upgrading Evernote to a mental context

Evernote became essential part of my brain. It’s my “mind room”. It’s a place in which I work, operate, think, doodle, save photos. The world outside is being collected inside of my digital brain. Quite frankly you don’t need Evernote for all of this, but in my experience, the match of ubiquity on all of platforms, optical character recognition and internal note linking make it a note taking champion in my world. Offering me the perspective that neither of the platforms did so far.

Every time you are thinking about an idea, you could do an Evernote search as a starting point. So far I was really good at collecting information I thought I would need in the future, but accessing them and retrieving was the point of failure. It was a bottleneck of my note taking productivity.

Now I am making a conscious effort to access my thoughts on a regular basis. The more of conscious effort you create, the more likely you are to form a habit of accessing your previous thoughts, in return strengthening your synapses to connect with the ideas that you have collected.

Basically, making a muscle memory and mindset how to access information that you store in your external memory. There is absolutely no point in storing things for later, if you aren’t accessing them.

Doing your own thinking in Evernote

As I am writing this file, I can explore what I’ve previously clipped in my “memory” bucket. I can always know that there is my external mind out there, and instead of just considering it as a memory dump, that I might use one day, I’ve decided to make a conscious decision to make the most out of it.

Once you have 7000+ notes, over the course of three years of collected data, you can pretty much access any previous thought you’ve made during that timeframe. Instead of treating your database as a dump, you should treat it as a treasury of ideas. Instead of looking for new, learn to cherish what you’ve already got in your “treasure trove”.

So how is this a big idea again??

This is a big mental shift, and it’s a big deal for me. I believe it would be a big mental shift for other users as well. You are connecting your previous thoughts with the current flow. You can refresh your ideas and simply learn better.

This tool can be extremely big in learning and helping people connect ideas through contexts. Mind mapping in terms of connectivity of your information. Being the big fan of mind maps that I am, I plan on integrating a lot of those in my workflow, and connecting images with thought patterns.

If you are fond of latin proverbs, you already know what this one means. For those who didn’t learn the dead language of old times, it means: “repetition is the mother of study”.

The more time you repeat a certain action, more likely that you will learn and acquire it as a permanent action in your muscle memory. This means that you can use Evernote for studying, interlinking ideas, and facts into a structure that makes sense to you.

The freedom you are enabling on this platform is only limited by your creative potential.