Who is more productive? Weed smokers or multitaskers?

This is a guest post by Karol K. from New Internet Order. Here he exposes the myth of Multitasking and how it’s damaging your productivity. Karol showcased how multitasking is inflicting more damage to your efficiency than weed smoking.

Some think that multitasking is a practice that, if done correctly, significantly improves your productivity. It gives the impression that you can get more stuff done in less amount of time.

If you’re one of those people, then sorry, but you’re wrong.

Contrary to commonly believed opinion, multitasking is the biggest productivity killer of them all (except booze and Facebook). 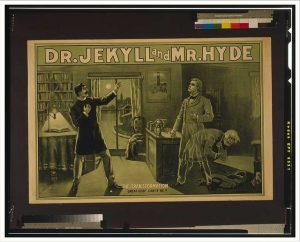 Here’s the thing, in 2005 Dr. Glenn Wilson conducted a study on the effects of multitasking in relation to marijuana. As it turns out, multitasking lowers your IQ more than smoking pot does.

Furthermore, the more you practice multitasking the worse you are actually at it. So if just a minute ago you were thinking something like “I’m good at multitasking,” you’re not.

Just think about it. If you were to smoke pot (not that I advise you so) and then try to get some work done, one task at a time, you would still be more productive in comparison to working pot-free and multitasking. That’s how bad multitasking is.

Why are we so easily deceived?

That’s because multitasking sounds like a brilliant idea, at first.

Let me give you an example. Imagine you’re sitting at your desk trying to write some new content for your website, but at the same time your Skype is on, just in case a client calls with a support request. It sounds reasonable because you think you will be able to get both of these things done. Whenever someone calls, you just stop writing for a minute, and then get back to it when you stop talking to the client.

However, the truth is that you need some amount of time (sometimes more sometimes less) to get back to the same state of mind you had just seconds before the call. So every interruption is not a “clean cut” so to speak. It’s not possible to go back to the interrupted task immediately afterwards. You always need a moment to get your mind together.

That results in massive loss of time if you look at the entire workday as a whole. Those “getting the mindset back” moments can sum up to really big amounts of time. When you suddenly realize that it’s the fourth time you’re starting the same sentence you know that something is not right…

How to avoid multitasking

The answer sounds simple but it’s not that easy to apply. Basically, you have to avoid all distractions.

Step #1: Start by defining your “to do” list for the day, or something similar if you’re not used to “to do” lists.

GTD is an alternative worth looking into, you might want to take a look at my Getting Things Done tips.

Step #2: Take the first task and list all the things you absolutely need in order to get it done.

For example, if it’s a writing task, then probably all you need is a blank screen and some reference materials. So just print them out instead of keeping them on your computer screen.

Step #3: Look around and list all the things that can distract you.

Things like: Facebook, your phone, instant messenger, Skype, people coming to your office, the loud traffic outside, TV that’s running in the background, and so on.

Then get rid of all of them (turn off the internet, set your phone to quiet mode, shut the door, close the window, set fire to your TV).

Don’t rely on your own inner strength. You’re not going to be able to fight temptation to check what’s going on on Facebook. That’s why you need to kill the possibility of a distraction even appearing.

Step #4: Just do the task. Then after you’re done choose the next one and go back to Step #2.

What’s your opinion on multitasking? How often do you find yourself right in the middle of it? I know, sometimes it happens almost subconsciously, and it takes a minute just to realize that you’re multitasking. Or maybe you’re a fan of multitasking (?), tell me why. Why do you think multitasking works for you?