Shock Yourself Into Recovery Mode and Beat the Injury Blues

Two months ago, I was riding a fitness and productivity peak. I’d finally got my diet into order and lost 10lbs as a result, I’d reinvigorated my gym habit and dusted off my squash racket to start playing again. Things were going great. This general buzz of positivity was having a broader effect too; I was staying on top of my inbox, clearing tasks out in the evening and ditching the TV for more engaging tasks – either around the house or working on Alpha Efficiency. I’d even got my wife enthused too, and we both ordered new bikes with the firm intention of kick-starting the year by getting “out and about” more, hopefully with the boys in tow on the back of the bikes.

Disaster struck shortly after. Despite my wife’s prophetic observation that conditions seemed “a bit icy”, I let my newfound enthusiasm overtake me and decided that rather than driving, or even walking, to the shops I’d take my new bike out for a spin instead. Rather predictably, I did a less than graceful slide across the tarmac at speed shortly after setting off, an acrobatic feat that earned me a broken shoulder bone and a bruised ego. 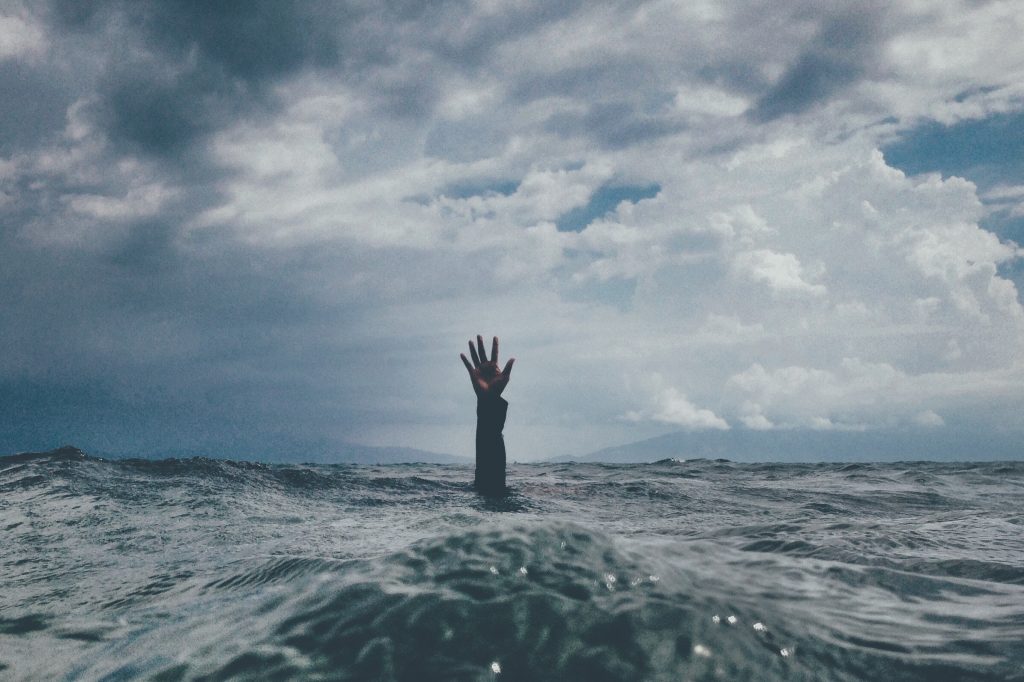 A physical injury can be one of the most obvious and dramatic shocks to an established routine; In my case, the short-term impact was clear: instead of painting the walls that Saturday, I spent much of the day in our local Accident & Emergency department and the remainder dosed up on painkillers feeling sheepish and rather sorry for myself. My wife, soldiering on in the best British fashion, duly painted the walls on her own.

The ripple effects of my injury became evident quite quickly – trussed up in a sling, I had to find new ways of carrying out my usual routines; It turns out that my hand coffee grinder, for instance, was not designed with a one-armed individual in mind, and I also discovered I’m terrible at brushing my teeth right-handed.

Disruption to established routine can have a hugely damaging effect on motivation and morale – not dissimilar from the Shock & Awe tactics favored by the US military which, as Wikipedia describes:

“will impose this overwhelming level of Shock and Awe against an adversary on an immediate or sufficiently timely basis to paralyze its will to carry on.”

This paralysis of will occurs as a cocktail of fear, panic, and confusion sets in alongside other negative emotions: pain, regret, self-loathing. It’s easy to see how an injured person can quite quickly become paralyzed in their ability to conduct their normal level of activity.

In the early stages of injury, it may not be possible to carry out many, if any, of your usual activities. Enforced rest, high pain levels, physical incapacity can all render you partly or entirely inactive. In my case, a combination of painful movement and a complete lack of strength and movement severely hampered any efforts I made to go about my daily business.

At some point in the recovery process, what was impossible becomes merely difficult, improving gradually to doable. But the pernicious effect of the initial shock, along with the resulting paralysis of will, can often result in a lack of activity that lasts long after it has ceased to be a real issue. Just as good habits are easily forgotten, and old habits quickly restored, it becomes all-too-easy to drift into a new routine centered around immobility and inaction.

In my case, this manifested itself in a number of ways. Firstly, all concept of exercise disappeared entirely. At first, this was because even lower body exercise (e.g. running) generated some kind of upper body movement that was too painful to bear. The powerful gym habit I’d so diligently recovered fell quickly by the wayside. I also found that because it was painful to even to sit and operate a keyboard, that laying on the sofa watching TV was the best form of recuperation, and soon my TV habits had extended way beyond what my brief period of convalescence actually required.

Four weeks after my original injury, I’d put on 4lbs, abandoned all of my positive eating and exercise habits and even taken to a nightly glass of wine or two to help me sleep. Much like the positive impact my previous “fitness kick” had on the energy levels and productivity of both me and those around me, the opposite proved to be true with the negative changes arising from my body shock. My work output decreased, I felt more lethargic and my wife became less enthused too, though she had no choice but to pick up the slack where I was no longer keeping up the jobs I’d otherwise have been expected to undertake.

I decided what I needed was the exact opposite of the “body shock” I’d initially experienced. I needed a “recovery shock.” If this conjures up images of defibrillator paddles and medical professionals yelling clear! then it’s probably not far from the truth; I needed to bring my old, healthy self back from the brink.

In my experience, forcing yourself out of old habits is hard, even when you’re trying to revert to good habits that were second nature relatively recently. What injury gives you, in addition, is an even more convenient set of excuses to procrastinate or give up. The remedies to this aren’t hugely different from other tactics for effecting change:

Give Your Self-Image a Makeover

One thing that happens pretty quickly with injury is that your self-esteem takes a beating. Not only was I feeling sorry for myself because I was in pain and had limited mobility, my ego was also bruised (not helped by my work colleagues making witty suggestions like “you should buy a tricycle next time!” via email). A good tactic for lifting yourself out of this funk is to rejuvenate yourself. Get a haircut, go for a makeover, buy yourself a new shirt. Anything that will start to get you feeling more positive about how you look and determined to get back on track with your wellbeing and productivity goals.

Your regular activities may not yet be possible, but by setting out to do something new (but active) you may just blow away the cobwebs. Go for a walk in the park, a gentle swim or even something more vigorous like a run if you’re up to it. Getting the adrenaline pumping again will remind you of the exhilaration of exercise, and getting a bit of fresh air on your face should lift your spirits too. Feeling sore? Pushing yourself just a little (if your doctor says it’s ok) could be just the tonic for accelerating your recovery.

We’ve all got little “side lists” of things we’d like to do if we had the time. If you’ve got a bit of convalescent time on your hands, find something that you can complete relatively easily give yourself as a bit of positive psychological reinforcement. Always wanted to build that lego kit? Get it bought and get to it. Garden needs titivating? Plan it out on paper and buy the supplies (plus a little light weeding if you can). Projects that get you up and active are best, but even reading that book you’ve not got to or writing a short story will do. The key point is that you need to be confident that you’ll complete your mini-project quickly and easily. When you reach success, the endorphins will kick in and your brain will start to remember how good it is to be getting stuff done.

After you’ve given yourself a little “recovery shock”, it’s important to build the momentum and start planning your full recovery. In my case, it helped me to build my plans around scheduled appointments with the Physio. I decided I would ride my bike again after the first appointment and get back to the gym after the second. My diet wouldn’t start again until after our upcoming holiday, but this date was firmly fixed in my mind. Laying out a clear trajectory towards a point in the future where you’ll be fully active and fully productive will help you to start visualizing it; Once you’ve visualized your outcome you’ll find it easier to stay committed to achieving your goals and achieving a full recovery.

Nobody is immune to the effects of illness or injury; we all succumb to the effect of “body shocks” once in a while. Though the symptoms may be brief, the effects can be long-lasting. When you recognize the signs that you’re at risk of becoming paralyzed, apply these simple hacks and you’ll soon be back in fighting shape.