A Detached HEAD in Git: What it is And How to Fix it

With its complex commands and not-so-intuitive user interface, Git has a very steep learning curve. While trying to master this version control system, you may encounter some perplexing scenarios and unwanted states such as Git detached HEAD. Though the message You are in a detached HEAD state may sound somewhat strange to newcomers, it is a perfectly valid state of the Git repository and recovering from it is not that difficult.

In today’s article, our web development agency in Chicago explores the meaning of detached HEAD in Git and various situations that can cause this state. We will also demonstrate ways to recover from this situation rapidly.

What is HEAD in Git?

The term HEAD in Git refers to the latest commit of your currently checked-out branch. A Git repository is composed of different objects and references. While objects are in various relations, references point to objects or other references. Commits are the most important objects in a Git repository. Other objects include blobs and trees.

On the other hand, the main references in Git are branches. HEAD is also an essential type of reference that tracks the current point in a Git repository and tells you where you are. For example, when you use the git log command, HEAD tells the version control system to display results from a specific commit. Each time you create a new commit, HEAD will point to its parent.

What does Git detached HEAD mean? 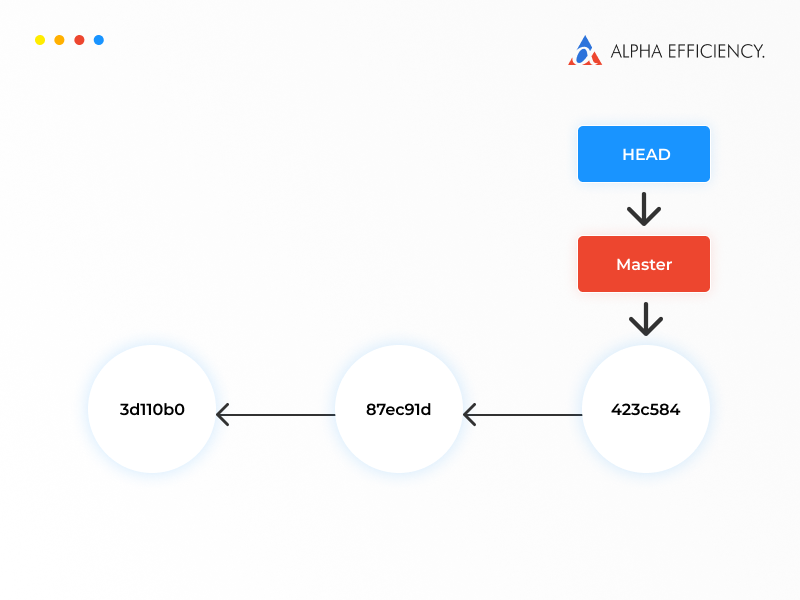 This diagram shows us that HEAD points to the master branch, which in turn points to the last commit. That’s the attached HEAD state. Now, let’s try to replicate detached HEAD in Git by checking out one of the commits:

As you can see below, HEAD no longer points to the master branch. Instead, it points directly to a commit. This is known as detached HEAD in Git. 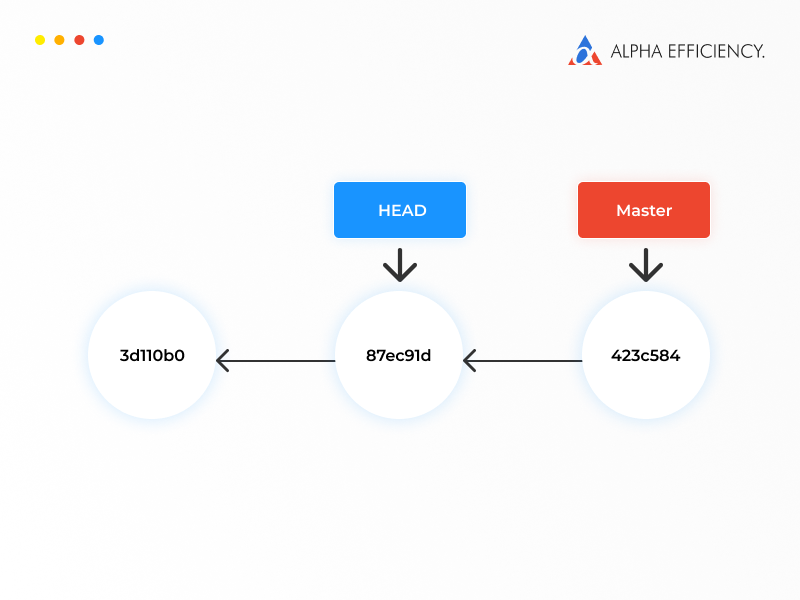 Benefits of detached HEAD in Git

Detached HEAD in Git is a useful state since it gives you the option to navigate to a previous point in the history of your project. Let’s say there is an issue in your project that you are attempting to resolve. A bug appeared, so you want to check if it was already there a few days ago. By using the git log command and filtering the results by the date, you can start the relevant commit hash. From there, you can check out the commit in question and run tests to check the state of the application you are developing.

Besides simply returning to the previous project’s state, another benefit of Git detached HEAD is that you can actually make changes to the history of your project. Here is what the detached HEAD message looks like:

You are in ‘detached HEAD’ state. You can look around, make experimental changes and commit them, and you can discard any commits you make in this state without impacting any branches by switching back to a branch.

As you can see, this way, you are basically creating an alternate history of your project. Now, let’s explore this state by creating additional commits and afterward checking what our repository looks like:

This results in two additional commits descending from our second commit shown in the diagram above. Now, let’s check what happens when we run git log — oneline:

How to fix Git detached HEAD?

First of all, fixing is not quite the term we should use here. If we are attempting to fix something, something is broken. However, as we have mentioned in the introduction to this article, a detached HEAD is a valid state in Git, and as such, it doesn’t require fixing. That’s why we’ll dedicate this section of our article to ways to revert to the original state.

There are three ways to get back to the original state depending on the reasons you found yourself in detached HEAD mode. Let’s check them out.

You are there unintentionally

In case you had no intention to check out a commit and reach the detached HEAD state in Git, all you have to do in order to revert to a previous state is to check out the branch you were in before. You do this by entering:

Git versions 2.23.0 and newer allow you to substitute the checkout command with the switch command. That means you can also type:

You have experimented with some changes, but now you wish to discard them

Perhaps you wanted to try something new with a couple of commits, but the experiment didn’t produce satisfying results. By switching back to your original branch, you will also discard any changes you have made in the Git detached HEAD state. So, just like in our previous example, all you need to do is enter the following command:

You have experimented with some changes, and you wish to keep them

Let’s say you did the same thing as in our previous example, but you wish to keep the changes you made this time. To do so, you need to create a new branch and navigate to it. Whether you choose to create a new branch right after entering Git detached HEAD state or upon making some commits, the results will remain the same, and the changes will be saved. However, you need to ensure that you have a new branch created before switching back to your original branch. Let’s explore this case:

You’ll notice that git log –oneline returns the same results as before. The only change is the branch name indicated in the last commit. Let’s take a look:

Here is what our diagram looks like in this case: 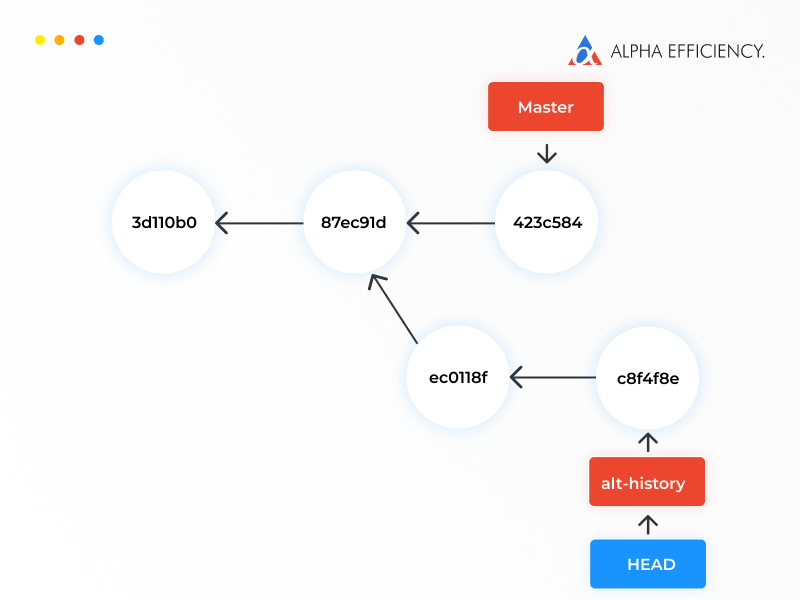 How to command Git not to show the detached HEAD message?

Now that we have become familiar with Git detached HEAD state, some of our readers may find it tiresome having to view that message each time they check out a commit. But, there is a way to avoid that message with the following command:

That way, the change applies only to your current repository. You can add the -global modifier if you wish it to apply to each repository.

As you can see throughout this article, the detached HEAD state is nothing to worry about. It is not an error message but rather a notification about the less common state in which you currently are. Furthermore, it provides additional opportunities and ways to work in this version control system.

We hope you have enjoyed today’s article and learned new ways to work in Git. In case you require any assistance with your projects or if your business needs custom-coded websites to boost online presence and improve brand reputation, feel free to schedule a call with our agency.