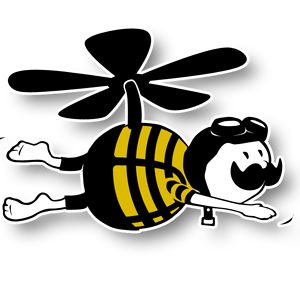 Yesterday I’ve got an early beta invite for Zendone.com. It was a long wait, but it was very well worth it. Zendone is a productivity application that seamlessly and automagically syncs across your Google Calendar and Evernote. My two favorite productivity tools!

While I still didn’t figure out how exactly it should work, I got a gist of it, and I will cover the main areas of the web app and main features. If you are into Getting Things Done, I know you will immediately figure this out and absolutely fall in love with it. Especially if you are using Evernote as a part of your GTD process.

Let me start with the design of the app itself. One sentence will be enough to explain it: “It’s drop dead amazingly gorgeous!” I haven’t seen a startup application this carefully and thoughtfully designed. It’s packed with features, but it’s not cluttered. Everything is logically and neatly organized, so it’s there when you need it. It’s obvious that it’s inspired by Apple design, which is a great thing. Especially if you run it in full screen, you will know what I am talking about.

Now it’s simplicity and functionality amazes me. State of the art design made it my favorite application already, although I won’t be able to implement it, until they make iPhone/Android apps, to be my workflow handler on the go. Here’s what you can find inside of Zendone.com: 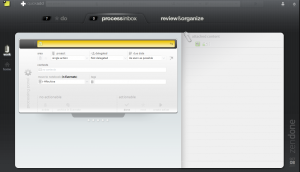 In the upper part of the page, you can see fantastic functionality. GTD practitioners are gonna know what’s it all about from the first sight, for those of you who don’t know much about it, it’s an area where you can write a note (that goes straight into your Evernote), or where you can input a new task and organize it through categories such as: Single task (or part of a group of tasks), by contexts (where you can complete it: phone, computer, work, home…), delegated or not (and which person got the task), and the time frame of action.

Than you have 3 main tabs: DO, Process Inbox (which processes actually your Evernote Inbox), and third tab is Review and Organize. On the left side of the page, you can see two main contexts, work and home. I didn’t find a way to customize them, cause I already would if I knew how. They switch between those two main tabs.

Now this application is still in it’s infant stages, but from what I think, it has great potential and I will keep using it.  I want the tasks to be processed and fed into Evernote, until they push out the mobile apps, I see this as a major flow in functionality.  But considering it’s an organizing tool, it can be pretty cool, because you can input your tasks simply in your Evernote inbox, and they will show up under the second tab: “Process Inbox”.

Google Calendarintegration is pretty neat, it just adds tasks to your gCal, but you can’t set the exact time, which is kinda faulty, but it’s forgivable for early beta. *UPDATE* Guys from ZenDone fixed my remark in the comments:

And by the way you can set exact times, it’s only we don’t have a graphical way yet. Just type the time after the date. For example “today at 9am” or “monday 9:40”. It will take it (and sync with GCal properly).

Hopefully they won’t have issues in implementing this neat exact time feature.  If you want to try something new out, I definitively recommend this app, if you are someone who manages it’s work in front of a computer, at least until they cover us with a decent  mobile supplement.

I want to congratulate guys from ZenDone.com for becoming a finalist in the Trunk Competition, it’s certainly well deserved, and I am looking forward for using your platform. Best of luck!