Blessing and the curse of Samsung Galaxy S (in depth review)

Android phones are a huge hype. Yesterday I’ve read somewhere in the blogosphere, that they are being sold more than iPhones. For many people Android is the first smartphone. In this article I want to help those who are first time users of Android phones and Galaxy S in particular to encourage them to bring most out of their phone. 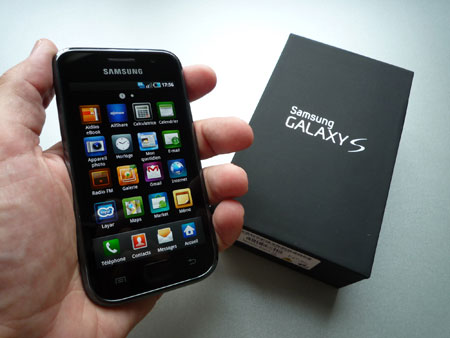 When I bought it, it came with Android 2.1, system was buggy and laggy as hell. I spent that first 3-4 weeks complaining on the phone more than doing anything smart with it. It had all the nice features, but all the premium goodies weren’t working properly. Many applications were crashing down. Instead of getting update over “Kies” (Samsung Update Software for your phone, something like iTunes wannabe), my service provider told me to bring my phone back in. I had to wait for 10 days before I got it back updated. I was worried about the warranty and weather I will loose it or not, hence I didn’t want to experiment.

It improved the performance of the phone immensely, but I still knew that I didn’t pull out the maximum out of what this phone has to offer. Samsung did a poor job at optimizing software on this phone and was falling way back compared to HTC. I was starting to regret, that I didn’t buy HTC, because when I saw how my friends who had Desire’s, had one click installs of custom roms.

And than it happened. Samsung surprised me and we got 2.3.3 Gingerbread update, before them. It was official firmware and I went to my Kies, only to see 2.2.1 update for my country. I was sad, and tried to see how can I get most out of the small update, only to find out that I blocked my phone basically, after I rooted it. Wanted to test out some tweak, which left my phone in endless loop when booting, restarting over and over again. I freaked out, but didn’t panic. I was reading about rooting and modding and flashing your phone a lot, procrastinating of doing what was inevitable.

Now I had real issue in front of me. I didn’t have another round of money in order to get the new phone and I had to fix it myself. So I Googled for the solution and came up with pretty well put up tutorials on how to flash my rom to the newest 2.3.3 version of Gingerbread. It required a bit of thinking and getting my phone into “download mode”, starting “Odin 1.7” and “flashing” over the entire old rom, while installing the new one.

One might be worried that I had crucial information on it, but from what it seems, EVERYTHING was in my cloud services. I didn’t loose a single bit of important information. And there it was. A Desert wallpaper was waiting me after a couple of minutes of USB flashing my phone, with newest OS installed.

Everything worked smoothly, without lags. Applications weren’t crashing, only here and there I would encounter a minor freeze, but it was insanely fast compared to what I had in my hands just a couple of minutes ago. I was really happy. I was going on with the thought of getting an iPhone 4 for a month now at that point. But me taking the virginity of my phone (in the form of warranty), got me to know the real freedom of Android phone.

Many people will argue weather is flashing the rom worth it or not. Well from my own experience I can tell you that there are a lot of benefits that you receive when you root your phone, like getting a lagfix for your Samsung Galaxy. But let me elaborate why is lagfix that important. Samsung Galaxy S (GT I 9000) in this case is using the strange file system that’s called RFS (some people on the forums have a joke that it stands for “really f****ng slow” :)). While there are way faster file systems like EXT 2 and EXT 4. Lagfix solves this issue, by making deep changes in the Android operating system, so that your devices ditches the RFS and gets the newer standard of file systems.

Famous Voodoo lagfix gets your device killing Quadrant test results (Quadrant is equivalent of 3d Mark for PC, where it benchmarks the performance of your graphics and overall speed of your phone). For the record, there still isn’t a proper Voodoo Lagfix for the GingerBread edition of my phone, so I feel like I haven’t “drew” out the most of my phones power. I achieve almost 1000 score on Quadrant after flashing to newest firmware band, but having lagfixed people achieving the result of over 1600, making this phone faster than official Google phone (Nexus one and Nexus S), it makes me pursue some of the custom roms out there.

Having an Android brought me a lot of benefits. I tested quite a couple of iPhones from my friends only to find out, that the lack of freedom that I have with my Android is kinda worth it for all the effort invested in tweaking my device. Especially considering that I have the best screen out there in the market for the time being. iPhone 4 retina display is smooth, but SGS display is bigger and has higher and clearer contrast. And once I lagfix it on Darky’s Rom (which is optimized for extended battery life, though it’s still based on Froyo) I will use the highest capacity of my phone, that only newer phones will out run, once they are properly optimized.

And that is the case with all the Android devices. Until XDA developers start making custom roms for your phone, you’re pretty much left over with firmware that you get when you buy the phone, which doesn’t leave you with a lot.  So getting the newest hyped phone might not be that good of an idea. Okay, now back to rooting. What else can you get out of it? Let’s mention that you can unlock tethering and using it for free instead of having to pay more money over your “unlimited plan”. In Serbia we don’t have those kind of restrictions, but we don’t have unlimited plans either.

When you root your phone, you will have it’s ultimate freedom. You can break free from your service providers sim card lock. You can break all the limitations they imposed on your phone and make your device do what you tell her to do.

I will do the dreaded iPhone 4 vs Samsung Galaxy S comparison and give you my verdict. I was envious for smooth work of the iPhone 4 and the lack of bugs. And all the good stuff that closed system brought with itself. I wanted even to overlook the fact that there isn’t a flash support. Once I flashed my rom and gained true root access I started realizing the advantages of having Android platform. Biggest advantage is that you can’t brick your phone that easily, especially if you got it from carrier, you won’t have to be afraid of harming your phone in any way. Compared to iPhone, where some basebands of the device still aren’t “jailbreakable” (equivalent to rooting on Android). I feel like I did the right thing with going Android, especially when I bought the iPad.

To me getting the complete access over my phone’s functions is something of extreme importance. I am not the developer, but trying to push my productivity to extreme levels, I know I would be finding to jailbreak iPhone, which would make me waste way more time, than it took me to root my Samsung Galaxy S, plus I would risk wasting an entire phone if I mess something up. Which leads me to conclusion that I did the right thing with keeping my SGS and I managed to get best out of both worlds.

How? Easily, I got myself an iPad 2, for less money than I would pay any Android tablet out there. And on top of it all, I got crazier device, than newest model of iPhone is. Now I am tethering my internet from my phone to my tablet and feel wicked happy, that I got the best out of both worlds. 🙂