Bojan and I have been talking a lot recently about our move to “iPad only” – the journey we’re both making that means the iPad is our productivity tool of choice. Never in our right minds would we think that this would result in the Death Of Desktop Publishing.

I’m relatively late to the iPad game, having been using my iPhone and MacBook Pro for the last few years but holding off the iPad purchase. My main rationale for this was that I couldn’t put my finger on the gap in my life that the iPad would fill. Browsing/writing on the move? iPhone. Doing more complicated work (like photo processing) at home? MacBook. I just couldn’t see myself carting the iPad around with me on my travels – the iPhone had everything I wanted. 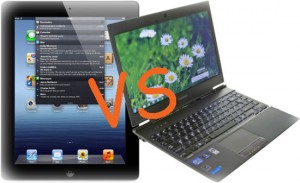 Workflow change as a result of iPad Mini

The iPad Mini changed all that. The size is the main catalyst; it’s small enough to slip into the front pocket of my work bag and unobtrusive enough that I don’t feel like an idiot pulling it out at meetings. I’d become really accustomed to working with the limited screen size of the iPhone when on the move, but having the increased space on the iPad feels like a luxury I now couldn’t live without.

Since buying the Mini my MacBook has languished in a drawer, untouched for weeks. I can’t believe it; I love the MacBook so much, yet I just haven’t found a need to use it. Don’t get me wrong; there are still things I will use it for: video and photo editing being a prime example. But where previously I might fire it up on an evening to write, now I’m just going straight to the iPad.

The Death of “Desktop” Publishing?

Bojan and I are currently working on Alpha Efficiency magazine, which we’re really excited about and will be hitting newsstand really soon. You might think for that type of project you absolutely need a desktop or laptop, but in reality we’ve been producing it entirely from our iPads and iPhones.

The production process breaks down into two key steps: firstly, we draft our articles in Byword (which just got even better in iOS 7). This is running on a Dropbox folder so we can see what the other is working on at all times.

When an article is drafted, a quick message lets the other know its ready to review. For e small stuff (spelling, grammar) we can just go straight in and make the edit. Where there’s a bigger discussion to be had, we’ll catch up on iMessage or FaceTime and agree the edits real-time. The beauty of Dropbox and Byword is that as soon as an edit is made, the other person sees the changes. No fuss, no hassle.

The second step is the bit that should be more difficult: pulling the magazine together. Thanks to TypeEngine’s ipad-friendly interface I can quickly copy the markdown out of byword, drop it into typeengine via safari, and then preview the results as they would look in newsstand using the typeengine preview app. Magic!

Those of you with iPads (or other tablets) may have already cottoned on to this, but I’ve been amazed what a a paradigm shift moving to a tablet has caused in me. I always struggled to understand how it would support my existing use cases; it never occurred to me that it would redefine the use cases themselves.

I work in ways I wouldn’t have before: I’ve ditched a load of paper notebooks; I’m writing almost exclusively on the iPad; I’m collaborating in new and surprisingly efficient ways.

I’m unapologetically, unequivocally, iPad only. And there’s no turning back. 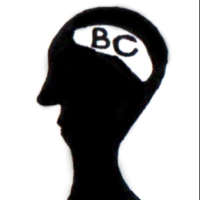 The Art of Achieving Flow
Next Post: Before you collect the next digital information, you need to ask yourself this question