Why is it so difficult to put down your phone? Everywhere I go from queues at the Post Office to sitting at the cinema I see people glued to their smartphones.

It’s the curse of the modern technology age; These ‘miracle’ devices that once seemed to herald the dawn of a bright new age of productivity now have us in a vice-like grip in which we feel compelled to check them every few minutes. 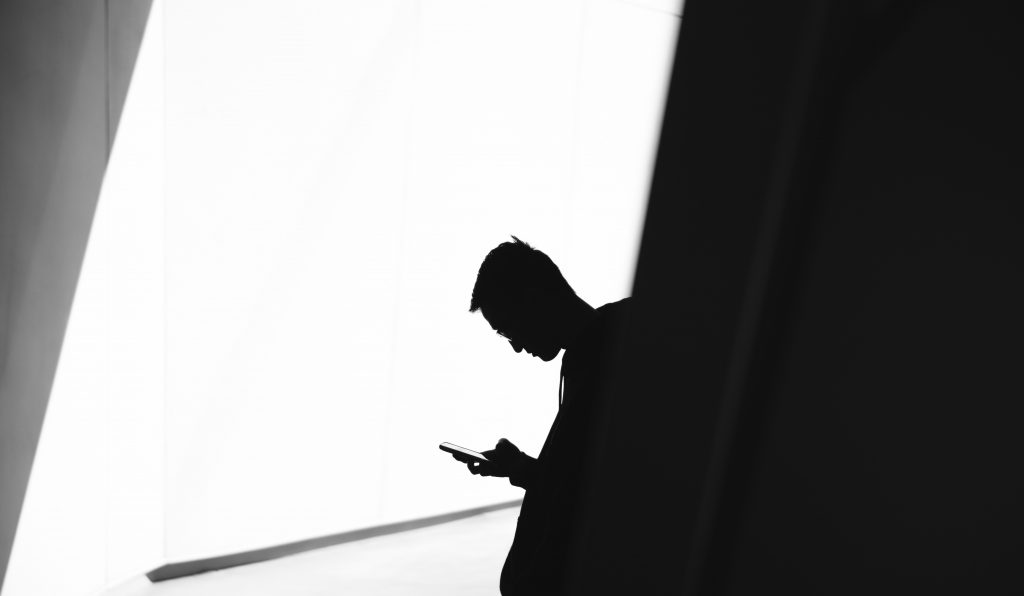 I’m a victim of this myself; I can’t seem to sit in a restaurant for an hour without checking my iPhone and I can’t resist the siren call of that little flashing “you’ve got mail” light on my work Blackberry. In terms of balance, my habits are firmly skewed towards my phone; I’m in desperate need of outside intervention.

This is why a new Kickstarter, the nudge wristband, caught my eye. The team behind nudge (note the lower case ‘n’) think that they’ve found a way of encouraging you to leave your phone in your pocket by offering a wearable device that vibrates only when you’ve received what they term a “priority notification” – a buzz on the wrist and a light when – and only when – the important stuff comes through on your phone. At all other times, nothing.

I’ll be honest – my first instinct was to dismiss this as gimmicky – the lazy man’s answer to managing your phone well. Surely all it takes to make your phone operate in the same manner, is to be prudent with your notifications and make judicious use of Do Not Disturb? Then I thought some more about how I use my phone. Sure, I try not to say sure, why not? every time an app asks me to enable push notifications, but I still get plenty of pings and buzzes throughout the day. Wouldn’t it be better if I knew this particular buzz was from my wife? My boss?

We all seem to have become slaves to our devices. Whether it’s the irresistible urge to clear out the little red badges that can festoon your home screens or extinguish the flashing light on your blackberry, it seems we’re hard-wired in some way to respond to these visual and tactile stimuli. What’s more remarkable about these autonomic, almost nervous responses is that they’re self-inflicted. Nobody forces us to adopt these behaviours; If you discount the more sinister setup of apps like Candy Crush Saga then there’s no fundamental reward or punishment mechanism. We train ourselves to purge religiously the notifications and other distractions that bombard our devices, pockets, and brains.

I can’t decide on the best analogy for this behaviour – sometimes it feels like I’m a hostage with Copenhagen Syndrome and my phone is the captor…other times I feel like one of Pavlov’s dogs, only it’s my phone that’s ringing the bell. So although intellectually I feel like I shouldn’t need something like the nudge, there’s a deeper, more honest part of myself that can see it really helping.

I’m not alone in this feeling – you don’t have to look further than the team behind nudge for a sense of what’s driving the project:

All of us are Ph.D. students, which for some (read: one) of us meant that he had to be pretty much available 24/7 for his supervisor. He’d get nervous when his phone went off, and feel obligated to check it. Most of the time it was just another boring “Student Staff meeting” email or similar. For another of us (not naming any names), he’d be incredibly hard to reach for his girlfriend, as his phone was often on silent, a constant source of frustration. And again for another one of us, it was easy to forget things that actually matter, for example, grans birthday, as he just turned off all notifications on his phone. We realized that the common cause was the information flood with only little bits of important information, we’d all be fine if we only got the notifications we actually cared about. This, in turn, led us to investigate this problem. We found out, that first – we were not alone with this problem, and second – we could all do with using our phones less.

Where I think Rob really hits the nail on the head is that we all have to deal with a veritable flood of information; Most of us are quite bad at ignoring the large volume of irrelevant or non-urgent information in our lives and identifying the things that are truly important at any given time. We all have our coping strategies for this – some of us turn everything off; Others sift religiously through everything in order to separate the vital bits from the rest. We employ Task managers, email filters and other tips and techniques – anything to grapple more easily with the influx of everyday information.

This is why I think taking this one step further – away from the software level and up to something more physical – could really work for some people. Almost like a stress ball, knowing with a slight glance at your wrist that “everything’s ok” could be just the tonic to stop people reaching for their phones every five minutes (and save a bit of battery life to boot, though the Bluetooth aspect could offset this). It won’t work for everyone – not least those people who feel compelled to set every random Facebook message to be a “priority notification” – but there will be a sizeable population for whom this could be a helpful tonic.

Where nudge for me raises another interesting question is on the broader question of wearables – my first question to Rob was: I’m already sporting a Fitbit; what’s going to make me wear a nudge? Rob’s answer intrigued me:

You won’t wear both. I think that no-one will wear more than one wearable at a time. If you want more functionality, then just get a wearable that has all those functions. We’re at the very simple, cheap end of the wearable spectrum, and we’re not targeting people who already use wearables!

I’m not sure where I stand on this one. Sure, the Fitbit gives me fitness data and silent alarms; But it doesn’t do what the nudge does (perhaps some of the fancy new Fitbits will). But should the fact that I’ve picked one, limited-case wearable preclude me from using another? Or does the fact that I have a more complex set of use cases mean that I have no choice but to go for a “full monty” solution like the Apple Watch?

I’m not sure it does. Sure, sporting multiple wearables at the same time is likely going to make me look like a hipster teenager with too many friendship bracelets (come on, you remember them!) but perhaps there’s a place for swapping and changing, like the difference between a dress watch and a casual watch? I could see myself using the nudge for a few months like a nicotine patch, to wean myself off checking my phone so much, and then not wearing it as much.

The nudge team know their niche; they’re aiming for the lower end of the market where people will drop a few dollars for a gadget that does “one thing well” – or to be fair, a few things well. For me, the killer feature is the SUPDWI (Shut Up, Deal With It) button that allows you to silence your phone in a single tap.

In the struggle for balance between technology as a helper or something that insinuates itself and monopolises our time, I can see a market for devices that are designed specifically to make it easier to choose not to be permanently engaged; To make those micro-interactions more passive than active. You may think there’s a certain irony in needing technology to help you use less technology, but to my mind, there’s a certain poetry in that.

The nudge Kickstarter has achieved 40% of its target funding and expires on the 18th December. Check it out if you think it can help you achieve more balance in your life.