Some of you may know, some may not, but I am immigrating to the USA. By closely following the politics, I think that this country is in dire straights at her current state of affairs. In the current situation USA is living and is going to live based on it’s former glory, if something doesn’t change. And we all know you can’t live on former glory forever. Ask Romans.

What made USA the most efficient country on the planet 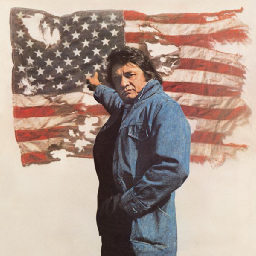 The constitution and the Bill of Rights that made this country great and awesome are in great danger! The promise of freedom and pursuit of happiness is a phenomena known and realized only in this country. Country where everything was possible if you’ve set your mind to it.

If you were born in USA, you didn’t have an excuse not to succeed, except if you didn’t give in enough. But it’s not always going to be like that. Freedom doesn’t come free. Sinister changes that are happening throughout the government led by the few, can change the destinies of the many.

Now is not only the time to act efficiently for you, it’s time to act for and with others as well. Only with collective efforts we can defeat atrocities that are stifling innovation and killing American entrepreneurial spirit. We need to fight the media, and turn our TV’s off, we need to wake up to reality of corporate ran government. And we need to wake up to the fact of the class and racial warfare orchestrated in the highest echelons of US government.

Empower the person near you to do amazing things. If more of us are doing great stuff that liberate us, it makes the role of the government less important. And that is exactly what we want.

Understand where I am coming from

I felt that. You know, I was born in a country that doesn’t exist anymore. Where people lived happy, until the class and racial war was brought upon us. It was hand-made, and divide and conquer was the motto. I feel the strength of that evil propaganda that divides you from your own neighbour based on your ethnicity.

It’s the propaganda that makes you think your closest people are the ones who are your worse enemies. And I believe that right this very moment George Orvel is sick inside of his coffin. Because you know, 1984 was not supposed to be an instruction manual. It was supposed to be an act of prevention.

If you want to see the future looks like a boot stomping on a human face forever: Don’t change a thing.

How are politics related to efficiency?

Every person on this planet needs to learn to appreciate it’s own environment, but the fact remains, some cultures and systems simply outperform the others. By giving out your best, and making yourself valuable to community around you, you are empowering your local environment.

If you are from United States, you have a duty to inspire your community and give your best, because the rest of the world is looking up to you. Defy inefficient politics and give your support to the people who can actually get the job done and know the value and meaning of free market.

Previous Post: « How to Get Back on Track with Your Habits?
Next Post: Saying Hello from the Seaside (Technology Always In The Luggage) »