Ever since I got iPad, I was eager to jailbreak it. Simple as that.  My initial smartphone experience came from unlucky Galaxy S Android, and I got used to messing around with operating system of my phone. iPad and later iPhone weren’t exception to this rule. I am techie guy, I like messing around with my technology.

Jailbreaking is rather simple process, but before you decide that you want to actually do it, I always recommend that you backup your device. With iOS5, your phone/tablet will be automatically backed up in iCloud. Never the less, caution is advised. It is possible to brick your device, so if you don’t feel comfortable with messing with your phone, maybe you should ask someone who is. 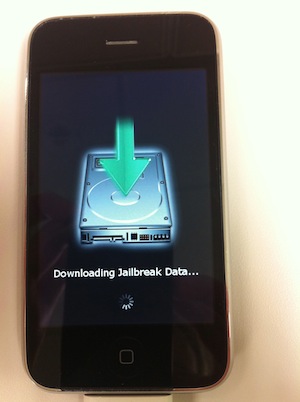 On the other hand if you are adventurous like me, you will do it for the challenge of it. Some people wonder

Why Would You Do That In The First Place?

Well first of all I love freedom that jailbreak offers me! I am free to install on my device whatever I want. I am not worried weather Apple will bless certain application on their App Store, because Cydia (Tweak store for jailbroken phones) has some amazing apps that improve functionality of your phone.

For example, you can’t use FaceTime on 3g and in some cases you can’t call via Skype on 3g either for some carriers. If you want to bypass this, there’s a tweak for that! A lot of other closed system components are capable of being opened. For example, I am using VLC video player to watch .avi files on my iDevice, which usually isn’t possible, without conversion. A lot of fun stuff are done this way.

Second reason for jailbreaking is that you are making your device more productive! With great array of tweaks you really can get a lot more tasks done. Capabilities of your iDevice are going over the roof once it’s “free”. You can add shortcuts to your favorite functions, making your device easier to use and navigate.

Tweaks – ultimate reason for jailbreaking. You can customize your device to look any way you want. You aren’t forced to look at the same UI (although that UI is most productive), you can add stuff to your lock screen, widgets become available and lots more. To simplify the story, if you really want to get the most out of your phone, at the moment jailbreaking is the way to go.

How Do I Jailbreak my iDevice?

Jailbreaking is something that happens over and over again. With each new version of iOS that comes out, hackers need to find a  way to bypass Apple security. So instead of me writing a tutorial on how you can do it, I will share you the list of the influencers that I am following when it comes down to this topic. In the moment of writing this article, all iDevices are capable of jailbreak and the process is more or less straight forward.

Usually jailbreaking happens when your computer is directly connected to your computer. You download a simple software that bypasses Apple security. Currently most famous tools that allow you to do this are: RedSnow and Absinth.

Over the time this list will be updated, so remember to bookmark this page.

When Should I Jailbreak my iDevice?

This is a good question. I’ve been playing with jailbreaks from the moment when they get out. But that didn’t prove to be the smartest idea. If you really want to have the maximum functionality of your phone, you should always wait for UNTETHERED version of the jailbreak. The difference between tethered and untethered version of jailbreak is minor, but it can be quite troublesome for some unexperienced users.

Tethered jailbreak means that it requires a tether (computer connection) in order to boot the device itself. So if you run out of battery or your phone freezes (which can occur on tethered jailbreaks), you aren’t able to use your phone, until you attach it to the computer and use the tools required to reboot it.

Tethered jailbreak is usually made for develepers so that they can start working on adjusting their apps for the new version of iOS. You as a user should avoid these kinds of updates, because they aren’t meant for you. If it’s your home device on the other hand I encourage you to play around, since you won’t be bummed out if you lose access on your iPad at home, as you would be bummed out, when you lose the access on your iPhone once you are out of the house.

What should I pay attention to after I jailbreak?

Once you jailbreak you really need to pay close attention to tweaks and Cydia apps you install! I advise that you don’t rush out and install every single tweak out there, just because you think it’s cool. I am experienced computer user, with over 15 years of experience, so I know how scripts and programs function, so I can be a little bit more experimental than you do. But even I will consult people on the forums who have already did it.

On some occasions you will encounter that your iDevice doesn’t function properly, because certain tweaks aren’t working well together, and they confuse the iOS! So when you start installing tweaks, install only those who are ABSOLUTELY necessery. You do not need every tweak out there and be guided by minimalist creed: LESS IS MORE!

This is far from the Ultimate guide to jailbreak, it’s just a couple of suggestions that I picked up along the way of jailbreaking my iDevices during the last year. But on the other hand I want to make this page a resources for all my readers who need help with this! So you can rest assured that this page will be frequently updated.