Michael, why don’t you introduce yourself to our readers.

Hello everyone. You might know me as a productivity guy as I’m the CEO and founder of Nozbe, a time and project management suite of apps and I’m also the editor-in-chief of the Productive! Magazine. Some folks might recognize me as one of the two guys behind the #iPadOnly book – as I do most of my work on the iPad (and the iPhone) these days. 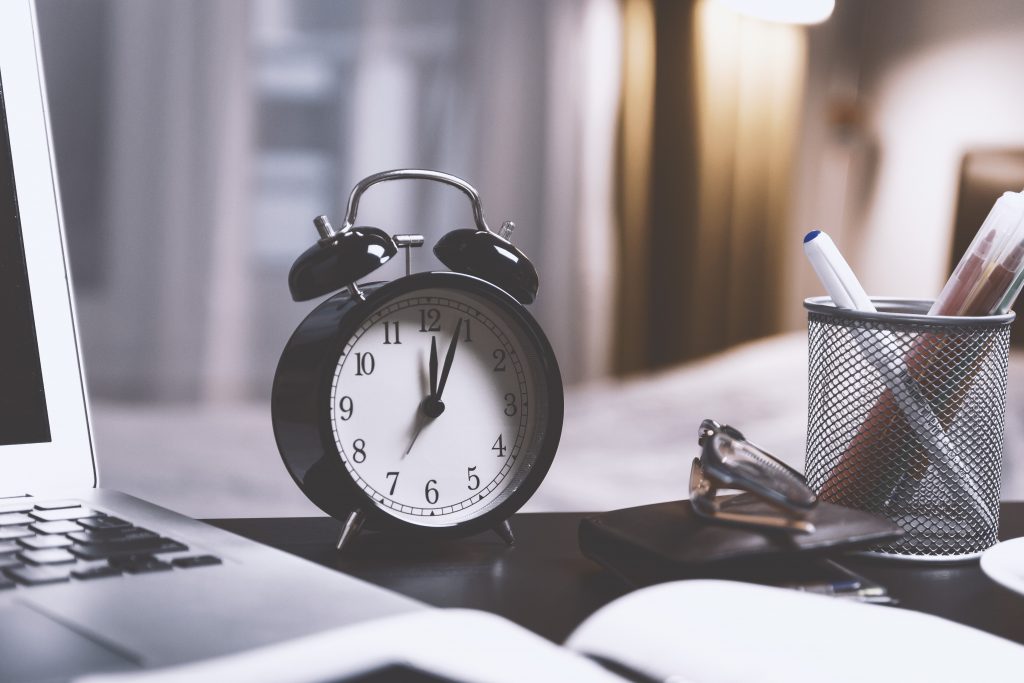 This issue is all about milestones, and we know you’ve had a few of those recently. Can you tell us about one or two of your most memorable milestones?

Wow, this year was about milestones for me and my team. The two that stand out are the launch of Nozbe 2.0 – a complete rewrite of all of our Nozbe apps – something every sane business person tells you NOT to do. We made the decision a year and a half ago. We wanted Nozbe to be a truly mobile-first platform with mobile apps being as powerful as their desktop counterparts. The other objective was to re-think how Nozbe works and how it makes people more productive – to apply all we’ve learned the past 7+ years in business and make the apps significantly better.

My personal milestone was my complete body makeover: losing 20 lbs, completing my first triathlon, doing more than 2000 miles of running and biking combined this year. Wow, this was a good year!

What do you think makes a milestone different from the more everyday things we achieve?

To me, a milestone is a moment you’ve reached a significant goal… and you can reach it only once you’ve planned it… and executed well. Getting back to our Nozbe milestone, the complete rewrite was a very hard project – very painful and demanding to execute! It required all the team to work extremely focused and under a huge amount of stress, but now we’re proud of what we’ve done and we know we have something that we can build upon for a very long time. It was a moment to re-think and re-calibrate our apps for the years to come. To build the right foundations for the future. The same with my body. I was a little overweight and still a little out of shape. Finally taking the plunge, going through with a diet and with a training routine helped me shape my body for the future – I feel like I’m 10 years younger now and I don’t want to go back to being overweight ever again. And in 2015 I want to complete more races and do more than 3000 miles of training. Reaching a milestone first gives you a sense of completion… but in the long run, sets your new foundations for the future.

Reaching a milestone first gives you a sense of completion… but in the long run sets your new foundations for the future.

What first inspired you to become active in productivity on a professional basis?

I’m a disorganized person by definition. In my business career, before I was running Nozbe, I was an Internet Marketing consultant. I was pretty successful, but I became a victim of my own success, by falling behind schedule and commitments, getting increasingly disorganized… and I didn’t want to be like this. I started studying productivity. I read all the books by Stephen Covey and David Allen… and fell in love with the Getting Things Done concept… and as I couldn’t find any good GTD app back in 2005 I wrote my own. Just for myself. When I realized how the app works for me, I decided to share it with the world and see if it resonated with anyone else… And I launched it publicly in February of 2007 and the rest, as they say, is history 🙂

For most people building your own productivity app would be enough, but you’ve pushed your limits with books and a magazine… what drives you to do all this?

I’ve found my passion for productivity. And in helping people. I could see with my own eyes how my system literally makes people’s lives better. However, on the other hand, I also realized how I needed a regular dose of inspiration from all the productivity blogs I was reading. So I wanted to give my users both – a great tool and a dose of inspiration… And at the same time, I could learn more – by reading great articles from my fellow productivity bloggers – and by doing interviews with them. This is how the Productive! Magazine was born. In 2014 we took it to a whole new level by creating international editions: global, Polish, Spanish, Japanese and Dutch.

What advice would you give to any of our readers who want to push themselves further?

Don’t make New Year’s Resolutions. Create up to 5 real goals for this year and push through. Make action plans for each of the goals and make them happen. You can. And when you do, you will have reached your milestones and you’ll just feel great! Michael Hyatt has a fantastic course “Your best year ever” where he explains this in detail. I think the key is to drop the “wishful thinking” and create realistic goals that will be slightly out of your comfort zone but will definitely be within your reach.

What future milestones are you most looking forward to?

I want to take Nozbe to a whole new level this year. And I’ve got a plan to make it happen. We’re expanding our team and doubling down on teaching people productivity through our app and courses and more learning materials. We want to make a whole lot more people productive this year – and I’ve got an exact number in mind. And it’s going to be hard, but it’s going to be a great ride. I’m also excited about an additional line of business we’ll be launching and about my personal fitness goals. 2015 will definitely be an amazing year for me and my team!

We love to get a glimpse of our guests’ home screens. What are a few of your favourite apps to use?

Here’s what is on my iPhone:

The world of productivity seems to be moving fast, and there now seem to be a plethora of calendar, task list, and task manager apps. How much do you think things have changed, and what makes the best apps really stand out?

People are increasingly mobile and work smarter. And start working in teams, very often ad-hoc groups. This is why we’ve doubled down on mobile-first and sync across devices and on great apps for all the major platforms… On efficient project sharing and task delegating, too. Simple one-person task apps won’t cut it anymore. In the demanding world of today, people need smarter apps that work together for them. This is also the reason behind our integrations with Evernote, Dropbox, and Box… And more integrations and synergies are coming. It’s an exciting time to be in. You can’t stand still. And that’s good 🙂

What’s the best productivity advice you’ve ever been given?

The two-minute rule by David Allen. If there is a task you can do now, a quick email response, whatever, that can be done in 2 minutes or less, do it now. Don’t even bother writing it down. Just get it done now. You’ll have an amazing sense of accomplishment and you’ll have your mind free to think about more important stuff. The other piece of advice is to never trust your mind about remembering things, write them down to your trusted system… And this is where Nozbe comes in 🙂

Thanks for talking to Alpha Efficiency Magazine!

Achieve Your Goals Through Daily Review
Next Post: Connect Your Tasks and Your Data with Evernote and Omnifocus